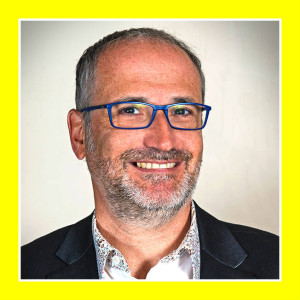 Ashley Boroda started developing leadership and public speaking skills at the tender age of fifteen, while part of a peer led youth organisation. After being selected to further his training in the United States, at sixteen, he spent three years enhancing and passing on his knowledge to the next generation of leaders. One of the many people he coached in leadership and public speaking is a Secretary of State in the British Government.

Ashley is a qualified ILM Level 7 Coach and specialises in coaching owner managed businesses to ensure that they grow their practices year on year. These businesses include several wealth management practices, public reaction agencies, law firms, a big 4 accountancy practice and a McDonalds franchise.

Ashley is an active iMA practitioner. iMA is an outstanding non-psychometric communication tool, which enhances everyones communication, allowing them to have consistently better outcomes when dealing with people in any given situation.

Ashley provides comprehensive training on how to use iMA for: hospitality, sales, negotiation, mediation, education, job recruitment and job retention.

Ashley has helped firms and individuals with developing and imbedding iMA strategies into their businesses and their lives, working with: accountancy firms, family law practices, restaurants, technology companies, sales teams and educational establishments.

Ashley spent 20 years working in media including: television, radio, theatre and stand-up comedy; as a producer, a writer, a performer and an agent.

Ashley has played a part in the entertainment industry since starting out as an assistant theatrical agent in 1990. Progressing to having his own list, he decided to turn his back on the agency in 1995 as his desire to launch new untapped comedy talent was not shared by his paymasters or the television and radio industry as a whole. Quite rightly, who would want to work with the likes of Jon Culshaw, Mel and Sue and Rob Brydon? That lot will never amount to anything!

Learn More
Learn More About iMA
What iMA colour are you?